A downloadable game for Windows

You're being pursued by Alex, so escape your strange office.

Alex will call you and try to locate you by the sound of your ringing phone. In this world there is no way to silence or turn one's phone off.

And because of that, you can call Alex as well, to try and locate him in a similar manner.

Also, try knocking on some doors. Maybe you'll hear the answers to your questions from the other side.

Tab - Get phone out / Put phone away

Esc - Pause menu from which you can view the controls, exit the game or change the options

Weird this is still being played a lot. Didn't expect anyone to play it outside of the little jam I made it for. Thanks.

Nighttime Visitor was made in a few weeks. I like the idea, it seems others do too, but it's far from being something really good. So I'm taking the premise and spending a lot of time to make something new with it. I wouldn't exactly call the new game a "remake", I think it would fall into "reimagining" territory. You could consider this game a proof-of-concept for the new game, or something. Anyway, follow development of it at my blog here:

Update, June 10:
After a long time, I've fixed a few more miscellaneous problems. Alex's AI has also been improved and altered a bit, and I've finally optimized the game a lot. It should run way smoother for those who experienced lag, and at the same time also look slightly better.

Update, Nov 4:
I fixed a few little miscellaneous problems, and one big one concerning Alex's AI. Unluckily, I had never noticed this myself until I saw other people play and experience it. Logically, the code worked correctly most of the time, however I didn't take into account the order it was executed, and under particular circumstances Alex wouldn't work correctly. But now he should be a bit more competent and consistent after I've made the fix. For that, the game will probably be harder too.

Performance has also been improved a bit, hopefully.

good game, almost beat it first try lol. also where are we at when we die?

Reply
FinchDoes300 days ago
I loved the concept and had a blast playing this. I've always wanted to play it and i finally got that chance! Also i beat it if anyone wants to see how =)
Reply
PetarGaming1 year ago

can you beat this game?

This game is annoyingly difficult. Add a sprint and a way to escape Alex and I would love playing it. Can't wait to see it fully developed. Don't give up on this game. It has potential!

Is it have virus?

got me scared even though its just some lil dude lmao. pretty okay game.

I love this game. The graphics are awesome, and the developer should try to make a creepier version of Alex. I'm trying to get my YouTube channel popular with this game. Here's my video...

I DID PLAT IT AND I WAS SUPER SCARRRRRRRRRDRDRDRDRDR

lucky did you play it for free or did you install it??

how do i play cause it wont let me

This game might be very old by now. But I have to say that it was not that bad. Just a bit aggravating when you have no idea where to go. It would be easier if you had an objective or atleast some sense of direction. Maybe even a means to not instantly run into the little man. If you wanna see more, just in case. I mean you never know. Here is my video.

I'm pretty late to the party but here is my gameplay!

It's actually difficult if you don't pay attention to where you go and how you use the calling mechanic. It's actually fun even if it took me a long time!

how do i run Nightimevisitor.exe

why 7up is trying to kill you in this game???

That's the point. 7up is Alex right?

why on earth did this make me jump? XD

GOD DAMN WHY ONLY WINDOWS IM ON MAC OSX

This game is super weird.

For a little child to scare me makes the game so great and fun to play! Tho I didn't escape (cause me scared boi) I posted it on a video! Can be found at 7:01

ANSWERING THE PHONE WAS A BAD IDEA | Nighttime visitor

this game is scary i played it last night and i got pursued by.... Alex

Reply
Nobody3 years ago

needs to be a little bit more scary in my opinion ! but it still good though !

Really enjoyed this game! Really liked the phone tag mechanic, would love to see that implemented more often! Late to this game but still very much enjoyed it!

Reply
Gravity One4 years ago

This game is a tad strange. I would love to see more in the future

Knowing that someone is inside there and looking for you is creepy and bone-chilling. You manage to make the player feel insecure and on his/her toes during the gameplay. When Alex calls, you don't want to push that wrong button and answering that phone in fear you won't know where hes at.

Fear that I don't know and the funny looking killer are impressive games.
I am not good at playing horror games, but I played with fun.

Hi i put your game in a compilation and it was the 3rd game i played :D

This game had me laughing really bad until the monster came out hes WAY too fast.

someone pls tell me how to get the game 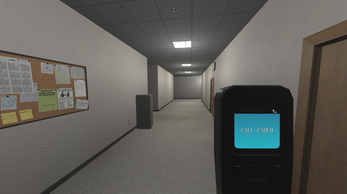 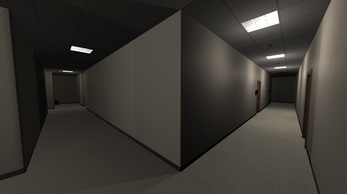 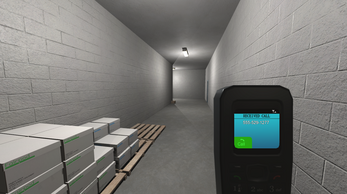 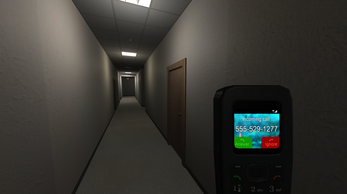